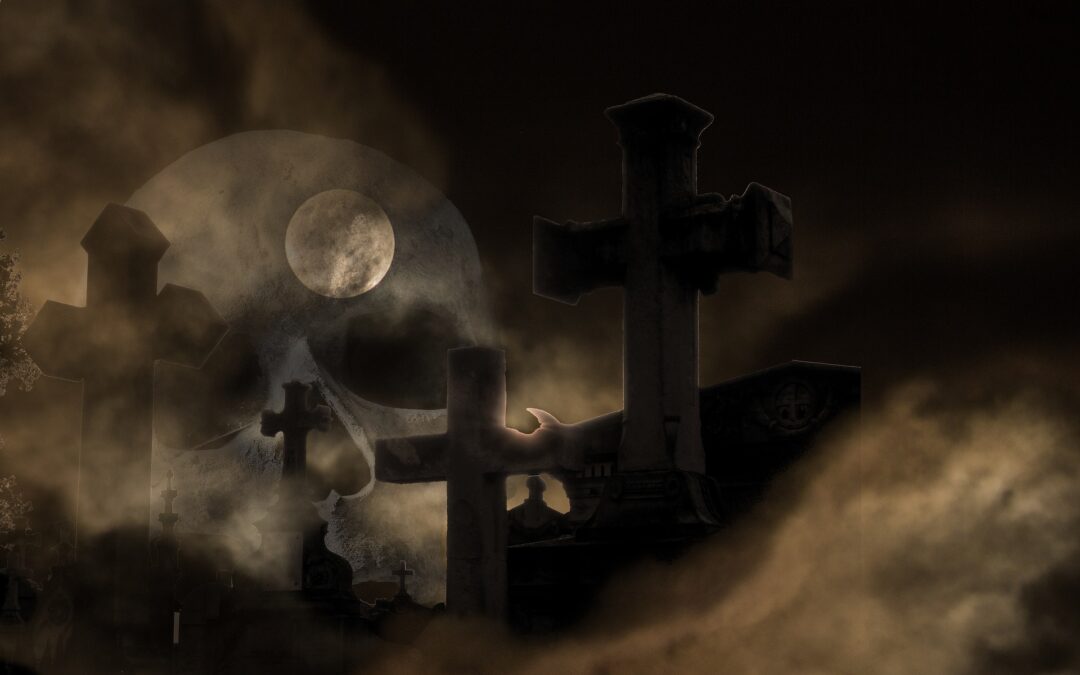 He listed this old house built in the 1800’s. The owner was fixing it up to get a better price, but according to Phil spent more than he would be able to get by selling it. When he started fixing up the old place, he planned to give it to his daughter as a wedding present . . . Let’s just say Phil and his family experienced a lot of tragedy since inheriting the house. Things escalated once construction started . . . It has been documented by many paranormal investigators that ghosts don’t like renovations of any kind to their former residence . . .

I learned enough to stay away from it . . . But I did visit the cemetery where the family was buried . . . And I did some research at the Historical Society . . . This one guy has a lot of ghost stories of his own he loves to tell . . .

Getting back to this old haunted house . . . Back in the 1800’s when the house was built, the man built it for his new bride (Mary Ellen). Shortly after they were married, the man’s brother came for a visit. He and his brother’s wife became friendly . . . The brothers had a duel in the front parlor . . . both died. The widow, after an appropriate time of mourning remarried and had several children who all tragicly died before reaching adulthood.

Mary Ellen’s husband died shortly after their only surviving son’s death. There was gossip that Mary Ellen had something to do with the deaths of her children and husband, but no one pushed the issue to carry out an investigation. She died a decade later, hanging from the attic rafters.

The house was passed on to Mary Ellen’s first husband’s sister’s eldest son, Grayson. He was quite the lady’s man and turned the beautiful home into his own private brothel . . . He was a gentleman farmer, like the other residents in the area, but he made more money from the bootleg whiskey and the entertainment . . . As it turned out, the city founders took it upon themselves to relocate Grayson and several of his companions . . . to the local cemetery . . .

Now, Grayson’s young brother Theo, inherited the old house and came to live in it with his wife and three-year-old son. Theo was a banker. He and his wife entertained a lot at the old house. He soon became the new Mayor of the city. He and his wife had two other children, daughters who lost their lives from drowning in the lake. Theo’s wife was so grief stricken by the loss of her girls that she plunged to her death from one of the turrets of the house.

After the loss of his daughters and wife, Theo and his son left the area and the house empty.

Theo’s son, Arthur returned with his wife to the old house, but they didn’t stay long. There were rumors that the place was haunted. They complained that the grand piano was playing at odd hours of the day and night. They heard footsteps running up and down the stairway . . . And they were sure they heard Arthur’s sisters whispering and laughing.

Decades later, one of Arthur’s children moved into the mansion. It was at a wedding that a fire took the lives of the bride and groom as well as several of the guests. The place was boarded up and abandoned.

The current owner, originally planned to renovate the old place for his daughter who died in an automobile accident. He was certain the place was cursed . . . or the family was . . . Regardless of that, it was definitely haunted . . . The construction crew reported tools being moved, hearing voices, laughter, footsteps . . . A few reported seeing whispy floating stuff . . . No one wanted to be there after dark, that was when several workers reported being touched and a few had been pushed.

There Was One Room, Believed To Belong To One Of Arthur’s Sisters That Was Painted Pink . . .

That room was always cold, a chilly 60 degrees F all year round. That room was painted several times, but the pink paint always bled through . . .

Finally, the renovations and new construction was completed and Phil announced an Open House. As I understand it, there was a great turnout. Lots of people came to see the old haunted house . . . Phil noticed several walked in and immediately turned around and walked out . . . He asked the owner about it and was told that Mary Ellen didn’t like them.

The homeowner received several offers on the house. He said the decision wasn’t up to him . . . but to Mary Ellen . . .

Thanks for stopping by! I hope you enjoyed this ghost story . . .