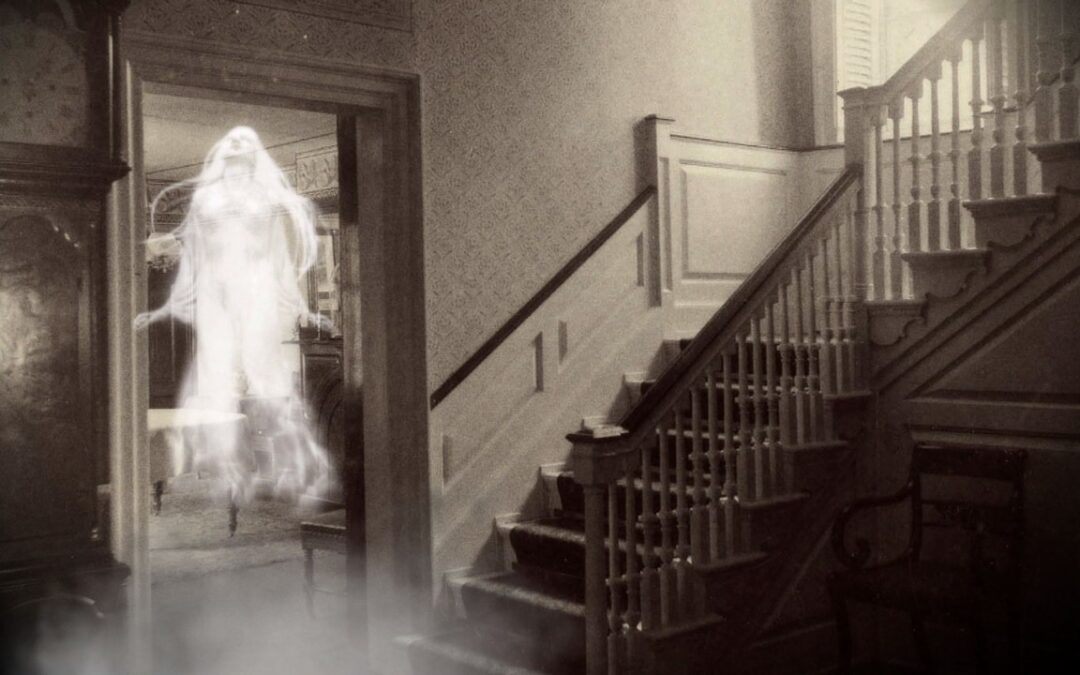 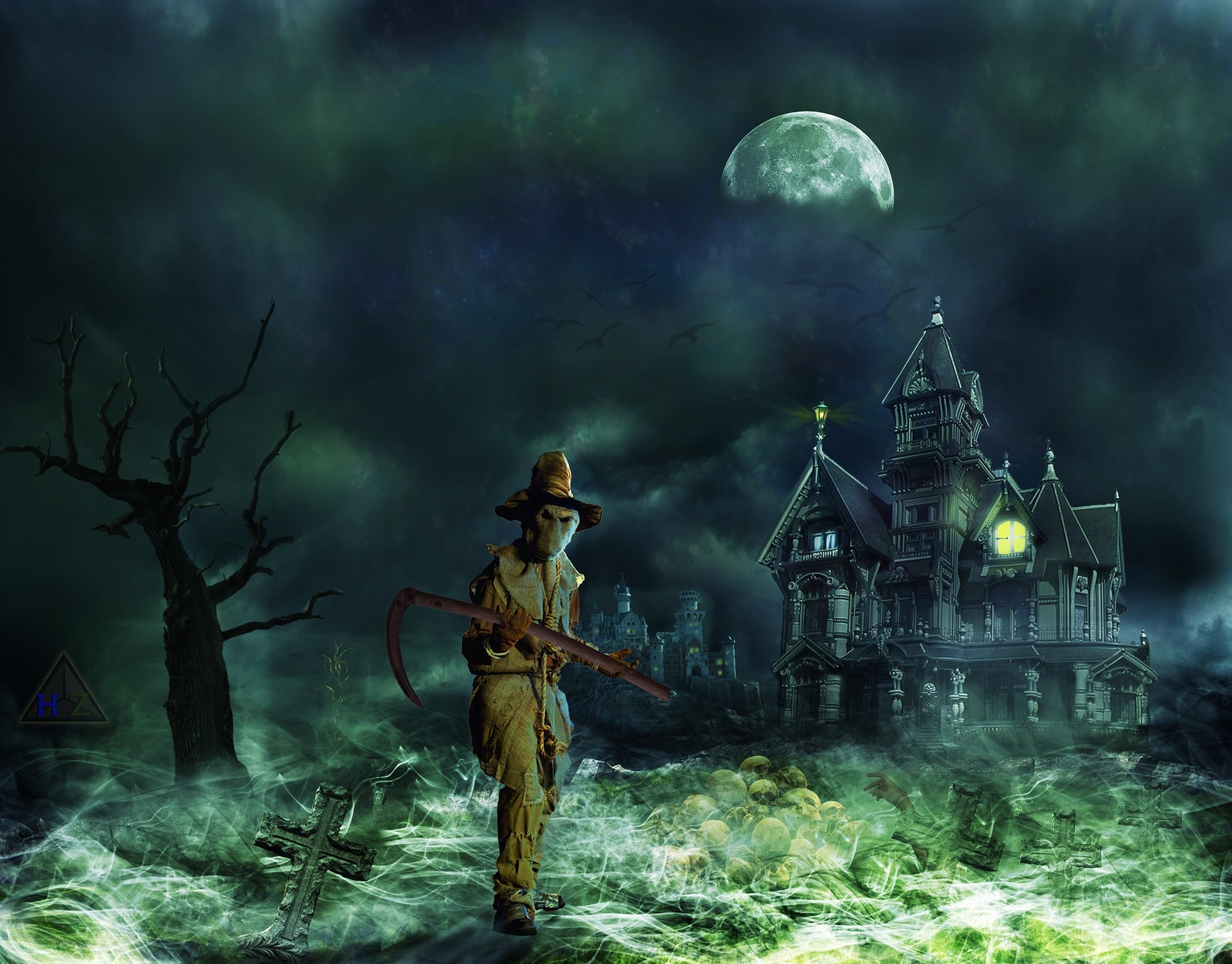 Eric Was Sure He Was Being Stalked By The Grim Reaper

This “Grim Reaper” fellow, according to Eric was creepy, but not in the grim reaper sense — his face was kind of that of a scarecrow and he had a bad cough — so bad that he thought he might vomit. (That’s a detail I could do without — I just tell the stories as they’re told to me.) Eric had been seeing this “grim reaper” fellow since he was in the 4th grade — he’s now in his second year of college and he still sees him . . . And, of course, there’s more.

The other kids who walked with him didn’t notice him or they ignored him as Eric tried to do. Outside the fenced playground he would see the man just walking and watching him. Eric thought he was seeing things that couldn’t possibly be there — His mother was sympathetic and believed him. She encouraged him to ignore it or tell it to go away. Sometimes this worked . . . but he always returned.

Years later when Eric was in high school, he was home alone — his parents had to work late. He was tired, but didn’t want to go to bed, he was in the family room relaxing on the couch with the television on . . . he dozed off and was awakened by the telephone ringing. He tried to get up to answer it, but he couldn’t move. He felt as though he was being pinned down. He felt a knee pressing into his chest. Then he heard the coughing . . . it came from the living room . . . The pressure on his chest was gone . . . the telephone stopped ringing . . . Eric got up slowly. He knew he should investigate, but he didn’t want to see that reaper dude in his house — outside was one thing, but his house was his place where he was safe . . . until now . . .

Eric didn’t have to move very far . . . the ghostly apparition was floating from the living room and coming into the family room . . .

The front door opened and in walked Eric’s parents. His mother took charge of the situation and very firmly told the ghostly apparition to leave and never to return . . . Well, it did leave . . . And it did return a few days later.

They did some research on their house and the neighborhood and found that the area had been a large farm. The family that lived there had all died of the flu . . . There was a bad epidemic back in the late 1800’s which wiped out hundreds of men, women and children. This would explain the coughing guy . . . who was different from the grim reaper fellow . . . who very well could have been the scarcrow on the property . . . But it was alive . . .

Eric tried not to think about it — He just thought that since he was younger he imagined a creepy scarcrow following him around. He decided to image he was protecting him . . . not trying to harm him. Since he was older now, he wasn’t going to allow an apparition to scare him.

Coming Home From A Football Game Eric, His Girlfriend, His Friend Mike And Mike’s Girlfriend Started Talking About Creepy Stuff They’d Experienced Over The Years

Eric just listened. He never spoke about the grim reaper scarecrow stalker to anyone except his mother. Then Mike started talking about this scarecrow dude who seemed to aways be around carrying a grim reaper’s sythe.

“Yeah, didn’t you see him. He hung outside the school grounds all the time.”

Eric didn’t know whether to admit he’d seen him or not. He wasn’t sure if Mike was messing around.

Then the girls started talking about this creepy old shack that was in the back of the high school. They had seen a strange guy carrying a sythe. He was creepy and seemed to wear something over his face . . . They didn’t remember seeing the guy when they were younger, but there was talk about a strange guy hanging outside the fense . . .

Why didn’t Eric know about this? Or his parents? If some creep was hanging around the school, students and parents should have been informed . . . The school and the police should have been protecting the kids . . .

So, that Grim Reaper Scarecrow guy was real, Eric thought. He decided to check out that old shed the girls were talking about. He didn’t want to go alone, but he didn’t want to admit to Mike that he had been terrorized by that creepy guy for years.

Eric told his mother what he had learned about the creepy scarecrow guy and that he was going to go check out the shed and see what he could see . . . and maybe talk with the guy . . .

Well, as it turned out, that creepy scarecrow guy had worked for the local newspaper, but was burned quite badly in a fire — he wore a protective scarf to cover the scars on his face. He did odd jobs — and some newspaper work, but not like before. He kept to himself mostly because of the way he looked . . . He lived in the old abandoned shed.

Although this was a creepy real ghost story . . . There was also a logical explanation as to what Eric had seen. And how he was right that the fellow he saw was real . . . And quite sad that his injuries changed his life so dramatically . . .

Eric was pleased he decided not to be afraid of this fellow — that he meant no harm to Eric nor his family — that he was there to protect him . . . Yet it didn’t prepare Eric for the truth he learned about him. Too bad the man didn’t have any friends or family — or perhaps he preferred to be alone. He didn’t want to see in their eyes how sad they were for him. And what others thought . . . without knowing the truth.